Taman Ayun Temple is one of the most popular Bali Places of Interest to serve as a main site of worship among the Mengwi people who need not travel too far to the main large temples, the likes of the Besakih mother temple in Karangasem, Batukaru Temple in Tabanan or Batur Temple in Kintamani. It also served as a unifying symbol among the Mengwi royalty and the people. Towering tiers from the temple shrines make up most of the profile of the temple and are a gesture of the people of Mengwi reverence to their deified noble ancestors, for the temple complex is considered the mother temple of Mengwi.

Taman Ayun Temple complex comprises four different divisions, one ranking higher than the other. The first is referred to as the Jaba or outer division, accessible only through a single entrance and walkway over the ponds. Inside, near the entrance is a small guardian shrine and on the right is a large wantilan hall where the communal gatherings take place. A tall fountain with spouts jutting up and out to the cardinal directions can be seen in this area.

Onto the next court, a small temple compound by the name of Pura Luhuring Purnama can be seen, the second and third terraces are slightly higher than the first. To enter Taman Ayun Temple visitors must go through a second gate where a shelter called Bale Pengubengan greets them with ornamental features that depict the nine Hindu gods that guard the nine points of the compass, referred to as Dewata Nawa Sanga.

East of this court is a small temple called Pura Dalem Bekak, while in its western corner is an eight meter high wooden bell tower known to locals as Bale Kulkul. A climb up will reveal two hanging rectangular wooden bells, plus a high and spectacular view of the whole complex. The fourth and last court is considered the most sacred, thus ranks the highest. It is referred to as the Utama Mandala.

The intricately ornate central gate is open only during ceremonies, as the entryway for consecrated heirlooms and other ceremonial paraphernalia. Another gate at its east is for daily access. Several tiers of different outlines and sizes rise up into the temple skyline. The temple three grounds denote the three cosmological levels known to Balinese Hinduism, namely the world of man, the realm of gods and deities, and the topmost divine level.

As recounted in the ancient texts of the Adhiparwa, the whole complex of the Taman Ayun Temple represents Mount Mahameru in the so called churning of the sea of milk or the cosmic formation of the world. The name Taman Ayun translates as beautiful garden. The vast encircling pools were once royal recreational places for the palace maids who would sail small canoes. Now the pools and ponds are fenced and visitors are denied entrance.

Entrance fee to the Taman Ayun Temple is a modest IDR 15,000. The temple shares the same anniversary day of the cliff-perched Uluwatu Temple on the island southern Bukit peninsula, which is celebrated on the 210 day Balinese Pawukon calendar system or on every Kliwon Medangsia Tuesday. The piodalan temple anniversary celebrations see pilgrims flock to the temple complex, day and night.

A trip to the Taman Ayun Temple complex is usually an included itinerary for long journeys up to the central or northern Bali regions. It is particularly a frequent stopover for visitors who opt to spend time up in Bedugul, as the site is conveniently en route from southern Bali. It is a great place to marvel at the early and traditional Balinese architectural features that prevail on the island.

Although the pools are far from what can be imagined during its days of glory in the distant past, the moss-lined walls and jade algae filled water add to the rustic charm of the whole scenery of this over three centuries-old temple site. North of the bell tower is a pavilion called Bale Loji. In old times, this was where priests and ceremonial attendants would make preparations and take a break. Nowadays, artists can be seen here busy at their art in the making.

Paintings are also available here for purchase. Museum Manusa Yadnya is located just across the road from the temple site. The museum showcases Balinese Hinduism rituals and human rites of passage, throughout their stages of life. It is an often convenient and additional highlight on each visit to Taman Ayun Temple.

Always on time, friendly, funny. Even though I had a set itinerary he went behind that to suggest the Luwak coffee tasting and we had so much fun! Thank you... read more for showing my friends and I the best Bali has to offer. 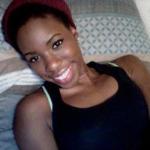 Contacted Adi by internet, searching for a reliable transfer from the airport in Denpasar to our hotel. This was a great chance to get to know Adi and take advantage... read more of his first class services in Bali, as we not only used his services for the transfers from and to the airport, but also spent a great day with him, travelling around the island and visiting great places he has recommended and has provided usefull and interesting information about. We would definitely recommend Adi as a reliable guide, transport service and "information point" to everyone visiting Bali, as he is extremely griendly, helpful and very reasonably priced! Thanks, Adi for the grwat experience and hispitaliry and see you soon, hopefylly, exploring together your beautiful island!

Ketut drove us from Denpasar to Tulamben as we asked. The car is big and in perfect condition. Ketut was really friendly and wanted to stop at a lot of... read more temples if we wanted. He also stopped for us at the monkeys, even though we...More

Thanks to Adi and his team, i had such an amazing time for my 10 day holiday in Bali. I hired his transport service for 7 days to take me... read more and my friends around and was delighted at the amazing extra value I recieved. Not...More I knew Adi from a previous tour and when I went back to Bali couple of months back, I relied on him to arrange pick up from airport and to... read more arrange speedboat tickets. He picked me up at airport and dropped me off at hotel....More 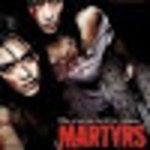